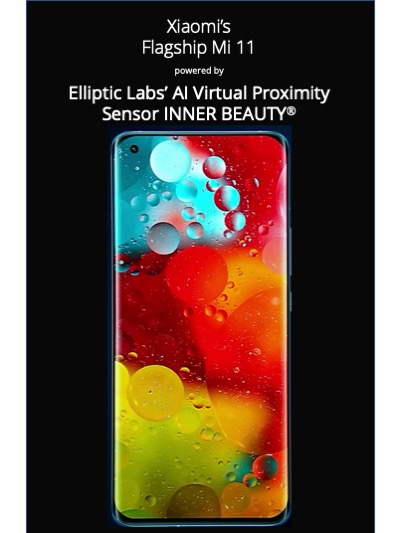 Partners since 2016, Elliptic Labs and Xiaomi’s relationship has grown significantly over the years, especially in 2020. Despite the globally-felt challenges of the last year, Xiaomi has risen to become the third largest smartphone manufacturer in terms of European sales, increasing sales 88% in the third quarter of 2020 alone.

“The continued success produced by Elliptic Labs’ partnership with Xiaomi demonstrates the huge growth potential both organizations possess,” Elliptic Labs’ CEO Laila Danielsen affirmed. “As Xiaomi continues to increase its adoption of our technology into its phones, they are experiencing a corresponding increase in European market adoption. We do not believe this is a coincidence. Xiaomi’s commitment to innovation as particularly demonstrated by its expanded integration of INNER BEAUTY throughout its portfolio means 2021 will likely be a large growth period for both Elliptic Labs and Xiaomi.”